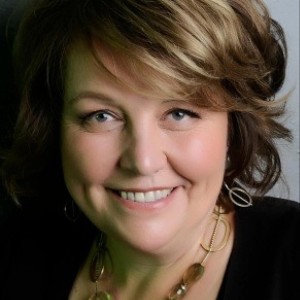 I have written much over the last three years about Cambridge’s growing food scene: from butchers to bakers, to innovative and enticing cafes, bars, restaurants and pop us (as well as the personalities behind them). And I have watched this scene continue to grow, such that it’s difficult to keep up with all that’s on offer and which places stand out. There’re the usual advice and listing websites of course and these can be helpful, though I am sometimes disappointed and rather skeptical about how some places rise to the top while others languish.

This week’s guest blog comes from Gerla de Boer. Gerla runs Cambridge Food Tour, which has, since 2012, been taking people to some of the best but often least-known outlets for good food and drink. Gerla tells us a little bit about her tours and about some of the venues that represent the city’s finest foodie destinations.

Seven years ago I came up with the idea of the Cambridge Food Tour to share with visitors my beloved Cambridge and its upcoming food scene by taking them to some of the more select local shops and cafes. But I soon realized that many of the places I wanted to visit were often unknown to locals as well. Now about 90% of our customers live or work in Cambridge or nearby.

My first food tour was for typical British food, back in September 2012. A few months later I was joined on a bespoke tour by then sub-editor of Delicious magazine, Rebecca Almond. I decided to throw in a few international food stops too. Back then Cambridge had acquired a reputation as a bit of a clone city. I found some great food outlets, but they were unvisited by most tourists as well as many locals, including Rebecca. Memorably she wrote: ‘As I digest the day’s tour, I realize my initial pessimism had no grounds. This quintessentially English city is peppered with international cuisines and local produce, linked by a good helping of passion and support for the community. A clone city? I beg to differ.’

Since then the food scene has been booming. Lots of new interesting places have opened and this will only increase. I realized after the Delicious article, that I should make some changes, especially as English cuisine for foreigners is often seen as soggy pies and bad fish and chips. Of course, we know it is not the case, but unfortunately, outside England, our food is often seen like this.

In the first year, I added new tastings and introduced the Lunch Tour; there was evidently an appetite for more. So it was time to add the Artisan Food Tour. Three years ago I introduced the Gin Tour and the Hidden Cambridge Food Tour, which takes you away from the more central locations. Due to the popularity of craft beer over the last two years, the Craft Beer Tour came on board too.

The tours are based on interesting walks through Cambridge as I like to share as many different areas as possible and of course interesting and delicious food and drinks. There has to be a good balance of savoury and sweet. On all tours, we include an alcoholic drink as people like to treat themselves on a day out. It is very important to make sure that the tours cover the latest trends too, such as Gin and Craft beer. Our newest tour, which will be launched in November, includes foraged food too. People are getting more and more into this and having been keen to offer this for several years, I have now found the right partners.

For the scheduled tours, I am restricted to the route we are walking.  However, for our private tours, I can opt for a completely different route. I only tend to work with independents, but if they are part of a chain and offer something unique or outstanding quality, I will consider it.

I only work with venues or street food stalls if the quality and service are good. If it is too small to sit down, then we will share out the food in the street. I sometimes pick up the food from a venue to serve at a tasting elsewhere. I am independent so I can choose any place I wish to add. If either the quality or service declines, then I will change it immediately. I always like to keep the tours fresh so I quite often change the tastings. Especially as I have a lot of returning guests.

Our food tours are all about sharing interesting areas of Cambridge and delicious food and drinks. You will mingle and learn from the locals, and this is not always just about food.  The other day the prosecco tasting ended up in a detailed explanation from Maurizio about the challenges of getting married in Italy. Apparently, it is all in the hands of the Pope and requires several exams, with the groom having to explain why he would be a good man for his wife! The female guests thought it was hilarious.

Through the years the offering on our tours has changed and grown a lot. Of course, we include some well-known venues, such as Fitzbillies, the Fudge Kitchen, the Cambridge Cheese Company and the Free Press pub. But I include many less well-known stops, like Maison Clements, the Norfolk Street bakery and Calverley brewery. I’ll keep the others under my hat.

The only way I can offer these award-wining tours is with the support of the amazing local independents. And I am very lucky in having a great group of guides. It was never the intention to take on any, but the tours became so successful, that I need to get more hands on-board. Camilla is my main guide and works these days at the Cambridge Cheese Company too. The other three all run their own food-related businesses and work on a part-time basis for me as well. It is great to have such a great team of foodies who can share the love of the local food scene with our guests.

Through the work I do I meet a lot of local gourmands.  So three years ago, I started Food and Drink Events, creating interesting masterclasses which you can book for private parties or to include on a private food tour. Keen to find out more? Get in touch and if you have something in mind and we do not list it then I am happy to look into it. For example, we organized a treasure hunt food tour for 70 guests earlier this year. This was a completely new experience.

Dawn Giesler, is the founder of scuseme Cambridge, an online marketplace that helps your family run smoothly. She has lived in Cambridge for over 20 years and offers advice based on her own experiences. For more information visit scuseme

How the Duke of Edinburgh Award Scheme shaped me

How to create a home for wildlife

Get the latest from scuseme Cambridge

We’ll keep you updated with news of our trades and home services and helpful home improvement tips.  Just pop your email address into the box below.
We never pass your details on to anyone else.

Sharing recommendations across the community